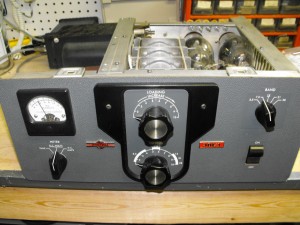 Collins 30L-1 I will be rebuilding the Rectifier Board 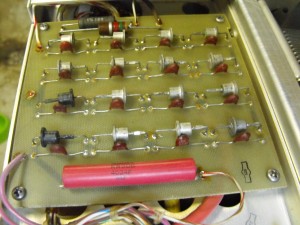 Old Rectifier board, note the Diodes that have been replaced in the past, I will be cleaning the old board by removing the old components  and replacing them with new and also better values, so that they can withstand the power draw. The components are best removed by clipping them off and then removing the leads after. Once done you will have to drill the holes for the diodes as the new leads are larger then the original holes in the board. 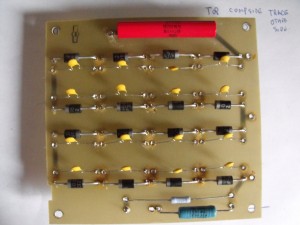 Here is the original board with the new components installed. 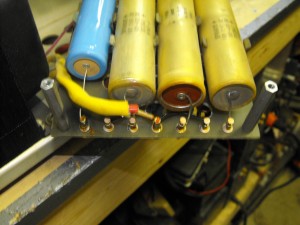 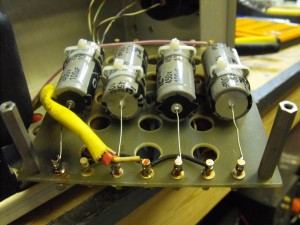 Here are the new capacitors ready for replacement in the cabinet. 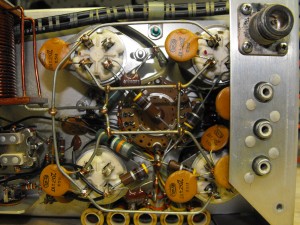 The next job was to replace the bias resistors 3 of them were cracked. 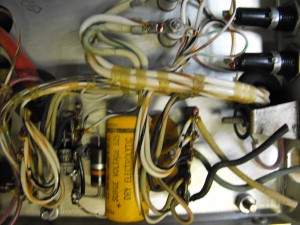 Replacement of the other capacitor and diode was next. At the same time I rewired this amp for 240Volt. 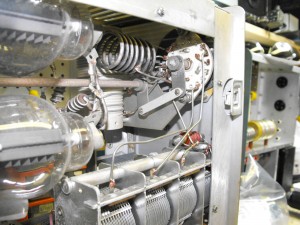 Inside view of the tubes, But also I cleaned the switches and linkages. 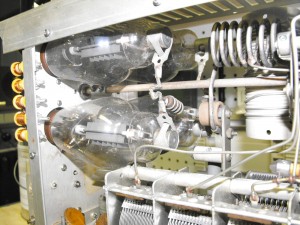 An other view of the power tubes